Bouncing off the opinion!

Posted on April 17, 2011 by Raghav/Raghu
Have you ever been in a situation when things that are logically apparent to you is perceived by your counterparts in an almost alien manner?
I find myself in that state almost on a daily basis 😀
They seem to be fixed on a different plane of thought, which is not accessible to you because you are based on your reasonable plane of thought. You can’t reach their plane, for it requires you to take a huge leap of faith.
On the contrary, you can’t get them onto your plane of thought,as it involves matters of ‘faith’ and ‘belief’, while your own processes operate on logic and reasoning.

These interactions span an entire spectrum: Amusing,ridiculous,disappointing,appalling, and some times frustrating and also infuriating.

While I have been trying to equip myself to handle such situations ably than I already am, it requires me to put myself into their mindsets and firstly perceive like them. Even this simulation is unbelievably silly to me. When I try to emulate myself in their mindsets, starting from the first moment there’s a grand voice in my head calling out “That’s so obvious, why wouldn’t you want to look at it?”, “Trivial.”, “You can’t see it because you don’t want to!”. 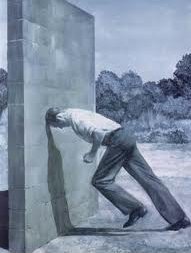 With this method failing, I am still not ready to counter them convincingly.
Then I come to realize, in my live encounters, my arguments are actually bouncing off obstinate opinions from the other end and not from sensible counter arguments.
Then I reach a state, yelling within myself.
“This is unfair!”
You can’t debate against prejudiced and obstinate opinions; Synergistic and ground breaking debates happen over dynamic and vibrant ideas.

I also have come to understand, this will be the case with majority of people. There seems to be a denominating cloud of reluctance and obstinacy amongst people, which makes them stick rigidly to their opinions.

I can gauge that there is sentimental value to one’s opinions.
And having an opinion is a personal accomplishment of sorts, but when the prejudice faces the reality, every sensible mind should let go their precious possession and endorse the truth.

A fortunate mass of hydrogen cloud conscious enough to be contemplating that very fact.
View all posts by Raghav/Raghu →
This entry was posted in Uncategorized and tagged obstinacy, opinions, prejudice. Bookmark the permalink.

3 Responses to Bouncing off the opinion!