Science vs ‘Not yet’ Science ;)

Posted on December 5, 2009 by Raghav/Raghu
Another weekend evening at office,and it was occupied with an interesting debate with a colleague. This time,it started off from my current read- Carl Sagan’s book The Demon Haunted World.I have completed only a couple of chapters in the book.And,it talks about scepticism against Pseudo Science and superstitions,and,Science as a way of thinking.

This initiated an amusing discussion between the two of us.Straight away we plunged into the horizon beyond what Science has already explained.We were talking about intuitions,DejaVu’s,acts of hope and faith,gut feeling,sixth sense,hunches,medical miracles,unnatural physiological adaptations,and various other phenomena we experience on a daily basis,but for most of which Science has no convincing answers as ‘yet’.

The point being advocated by him was-There are things which science can’t explain,and Science should learn to respect its opposition.

My argument was-There are things which Science can’t explain ‘as yet’,and the ‘supposed’ opposition will slowly be traded into the domain of science by logic and reasoning,sooner or later.

Science is still an infant,trying to conquer the eternal universe and the inexplicable human brain. With such a task at hand,the growth Science has made is miniscule,nevertheless of immense ramifications.(And Yes,I do acknowledge the negative consequences). But,I disagree on the point that the life without Science would be better than that one with fulfilling reasons and logic.

I would want to reiterate a point which I have previously written in a post about God-The concept of God is a human creation to justify his own ignorance.

We attribute obscurity and ignorance to God and mystics,to feel better about our weaknesses.Science is not an enemy or an opposition to religion.It is the only religion rigourously striving towards the betterment of people and itself,wide open to sceptical thinking and challenges.

Science is a(?the)way of thinking. Ignorance is not bliss,it is frustration. And conquering ignorance yields unimaginable joy which sometimes even Science can’t entirely comprehend 😉 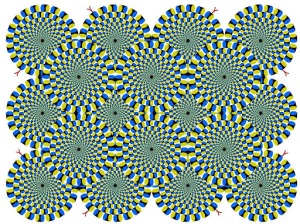 Illusion lures us,but it’s science which leads us out of it.

2 Responses to Science vs ‘Not yet’ Science ;)