Great lines from a great mind: Excerpts from Ayn Rand’s The Fountainhead 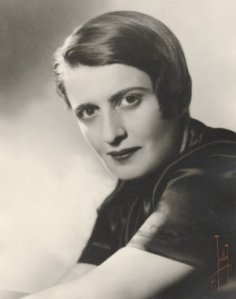 Man cannot survive except through his mind. He comes on earth unarmed. His brain is his only weapon. Animals obtain food by force. Man has no claws, no fangs, no horns, no great strength of muscle. He must plant his food or hunt it. To plant, he needs a process of thought.
To hunt, he needs weapons, and to make weapons–a process of thought. From this simplest necessity to the highest religious abstraction, from the wheel to the skyscraper, everything we are and everything we have comes from a single attribute of man–the function of his reasoning mind.

“But the mind is an attribute of the individual. There is no such thing as a collective brain. There is no such thing as a collective thought. An agreement reached by a group of men is only a compromise or an average drawn upon many individual thoughts. It is a secondary consequence. The primary act–the process of reason–must be performed by each man alone. We can divide a meal among many men. We cannot digest it in a collective stomach. No man can use his lungs to breathe for another man. No man can use his brain to think for another. All the functions of body and spirit are private. They cannot be shared or transferred.

The egotist in the absolute sense is not the man who sacrifices others. He is the man who
stands above the need of using others in any manner. He does not function through them. He
is not concerned with them in any primary matter. Not in his aim, not in his motive, not in his
thinking, not in his desires, not in the source of his energy. He does not exist for any other
man–and he asks no other man to exist for him. This is the only form of brotherhood and
mutual respect possible between men.