Dawkins dawns Darwin upon me

Of the few important people who have had substantial influence on me, Professor Richard Dawkins is the latest addendum. He comes late, but will certainly have (had?) a profound impact on my frame of thought. I am the most and wholly conformed to him than any other intellect I revere. And I have reached that state of conformity after checking up all the arguments he presents in a convincing manner, as encouraged by him.

I am yet to read him ( will soon start to), but have watched almost all of his talks and certainly all of his documentaries. While watching him talk in the convincing attempts of elucidating obvious facts about life and nature, which are easily ignored under the blanket of religion and other correlated fallibilities; And also while tackling the absurdity spilled by ignorance; I can recognize a portion of my own longing and aspirations in him. Prof.Dawkins has already inspired me to take up the cause which he has worked his entire life: To stand up for the truth, substantiated by reasoning and evidence.

Personally, I have gradually grown to be an ardent atheist in the last few years. The obvious conflicts of reasons like the supernatural, destiny, after life and miracles were long conquered by my own attempts of understanding, facilitated by Science all along. But, the usual conflict any atheist would have to face: Hurting the ‘feelings’ of the believers in quest to cognizance, was keeping me from taking a strong public stand. 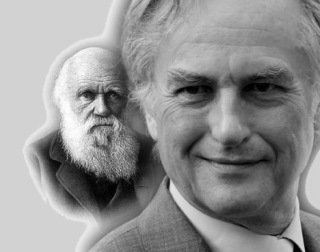 Prof. Dawkins has guided me through this process of equipping myself to take a strong stand, even if I supposedly hurt the feelings of others. These ‘feelings’ weren’t to be there at the first place; People who realize it and shed the carapace of irrationality would not feel hurt.But, the adamant and reluctant ones who fail to understand and comprehend the grand truth professed by Science ought to be brought out of the delusion, and if it takes to hurt their unreasonable feelings ,then better we shatter those.

Facts, sometimes are obvious with all the evidence scattered all around us. We still fail to recognize them and stay blind. This sort of voluntary blindness, would transform to become the foundation for a deepening state of ignorance. This is a peril which would not only affect the individual, but will go on to hamper the entire society.
Tackling such atrocities from the root would require the activated ones, or the atheists to spread their religion of truth and reason; And as Prof.Dawkins calls it, we need to endorse Militant Atheism, by which he implies that we go out and speak up, take a stand and counter the religious fanaticism with loud truths, facts and reasoning of Science.

Clarification: I was a Darwinian even before Prof.Dawkins happened to me. The post title seemed better put the way it is.

PS: Some of the best things ever said, and here’s all of my favorite by Prof.Dawkins

“After sleeping through a hundred million centuries we have finally opened our eyes on a sumptuous planet, sparkling with color, bountiful with life. Within decades we must close our eyes again. Isn’t it a noble, an enlightened way of spending our brief time in the sun, to work at understanding the universe and how we have come to wake up in it? This is how I answer when I am asked—as I am surprisingly often—why I bother to get up in the mornings.”


“Religion is about turning untested belief into unshakable truth through the power of institutions and the passage of time.”


“We are all atheists about most of the gods that humanity has ever believed in. Some of us just go one god further.”


“By all means let’s be open-minded, but not so open-minded that our brains drop out.”

A fortunate mass of hydrogen cloud conscious enough to be contemplating that very fact.
View all posts by Raghav/Raghu →
This entry was posted in Uncategorized and tagged atheism, dawkins, religion. Bookmark the permalink.