‘May day’ with ITEC

The IT haunted World


My first ‘Workers Day’,after I have become a ‘worker’ got me more closer in understanding a threat which I have been personally apprehending about for quite sometime now.

IT in India, and more importantly the unhealthy work culture it has brought with it, eroding the lives of plenty of young IT and IT enabled Services professionals. A serious problem which has been accumulating over the past decade seems to be surfacing up now, after it has taken a rapid toll on a generation of Indians in IT. This is culminating into an awareness these days, with people in IT at least having started questioning the system which is grueling them.

One such effort is the “IT and IT enabled Services Employees’ Center” or the ITEC (http://www.itecentre.co.in/) ,which is trying to float a  forum for the IT professionals, so that a common platform is created to discuss and collectively contemplate the remedies for the issues each of them is having to put up with. 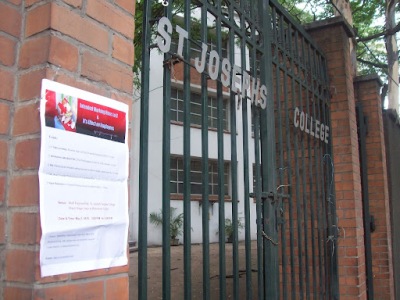 Using today’s occasion of ‘Workers’ Day’, ITEC had organized an awareness program about ” Extended Working hours in IT & it’s Effects on Employees”. With participation of about 40 IT professionals and other inclined enthusiasts including myself* participated in the event.

The program started off with a small video depicting the ever-stretching work in the lives of IT professionals, ultimately making them brittle.

After the video, one of the ITEC member briefed the audience about ITEC and its objectives, followed by an appealing but concise skit by few members.

The skit emphasized on the physical, psychological and social constrictions on individuals, which have become so ubiquitous these days as a consequence of hectic work. The skit completes with an expectant kid on her birthday, wanting to show her gifts, instead trying to wake up the two IT professionals, who unfortunately are her parents! A consistent undercurrent of remorse was present throughout, on the part of being an IT professional! 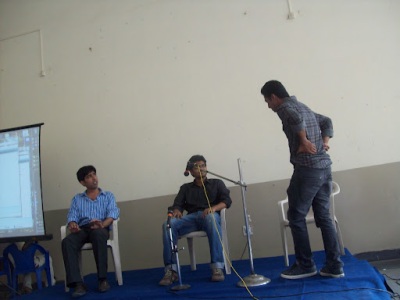 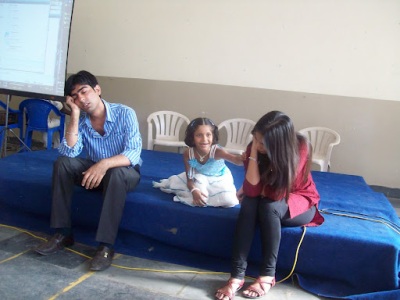 The notion of employees being just another material resource, to be fully utilized for the profit-motive of the employers was projected in a prominent manner in the open discussions. Also, the point of the policy about eight working hours even at IT was debated.

Personally, I feel the relation between IT and its employees to be paradoxical!

Quoting a point made by my mentor(not verbatim:),  People blindly aspire for and endorse the supposedly ‘elite’ status which IT entices.

Initially,people endorse the grueling bestowed on them ignoring all the hardships they are put through. Subsequently, when they are complacent enough about their lifestyle, it is then when they start to notice the ‘atrocities’. This culture of compromise at the start is the gain for the Employers, who try to accomplish their objective-More profits!

One pragmatic solution which came out, put forth by a member was about shrinking down the ‘Larger than Life’ lifestyle people aspire for, and by being ready to take risks to safeguard their personal interests.

ITEC has proven to be a good platform. With more conscious IT professionals involving themselves with ITEC, and raising their unified voice for the common claims is when the objective of this forum be reached.

3 Responses to ‘May day’ with ITEC