Why you shouldn’t be doing the I-Pee-L!

Yes, it was another of my wordplay’s about the IPL – Indian Premier League, or the marketised version of a sport that has now turned into the biggest scam at many levels. 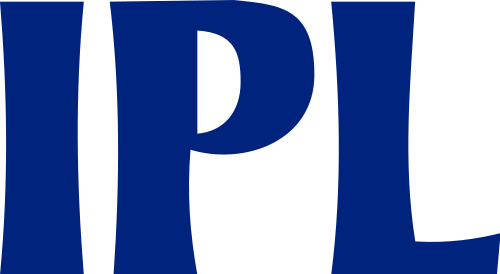 Watching cricket has for long been nostalgic, but not anymore.

The charisma of the cricketing strokes without the intervention of ads was such a bliss, then. When was this then? Not long ago, before five – six years maybe. The experience started declining, steadily and I ended up watching less of cricket but to some extent had been playing. The final nails on the coffin of the cricket enthusiast in me was successfully done in by the “commodification” of this sport that for decades has been the unproclaimed national sport of India.

A market they saw in tapping the pulse of a cricket loving country, to make them choose the brands they own. And guess what – the prey fell! The nation now forgets inflation, or drought, or their own personal discontents hoping to get a glimpse of not a sport, but an ad machine.

What started as a genuine attempt to make leagues popular to act as stepping stone for upcoming cricketers in Indian Cricket League, soon found itself being stared by the richest of the richest, intending to make this “business venture”. The rich in a plutocracy by definition are powerful and ICL was trampled and arose the omnipotent IPL. Dizzying amounts of money and perfect commodification of the sport happened with IPL. A great business idea, yes, granted. But not for the sport enthusiast in me.

Even on a 32 inch screen, I don’t see players but only ads. The run up of bowlers also get less screen size, and rest is used to show ads. Now, that’s ingenious while some of you might add, I see it as simply disgusting.

Players are auctioned, actresses brought in to cheer, and bands of cheer girls? Really?

Yes, maybe the cheer-girls concept too worked wonders; in a country where sex or pleasure in general is tabooed, cheer girls trick also serves like the item number in our movies. Shame. The psychology of our people have been understood to the deepest extent by these game planners, who know which string to be plucked!

The post match parties? Won’t even speak about the enormous value addition it has brough into the quality of the sport, as such.

If all this was not adequate, the media (of course, who else) cut down all issues and instigate the cricket crazy country to catch IPL, and not even the impending elections (like in Karnataka, it’s due in 20 days if some of you did not even know).

While one owner has had to shut down his airline, without paying thousands of his employees their salaries still is the big baron of IPL, it is the same about most of the owners. Fraudsters, scamsters and corrupt, most of them, but are the powerful puppeteers who decide the fate and fortune of the games, while also altering what the youngistan wants for Hindustan! Huff.

And where is cricket at all?

All one wants is jhumpak-jhapang, or a hypocrisy dipped hysteria about the regional teams (I still haven’t understood the team frenzy!).

And, the cricket fan in me dies a new death every time, when I see the flashing, colourful circus where the theme supposedly is cricket.

A cricket loving country, no longer understands cricket, or love for it.
IPL: Rest in pee!

A fortunate mass of hydrogen cloud conscious enough to be contemplating that very fact.
View all posts by Raghav/Raghu →
This entry was posted in India, Rants and tagged Uncategorized. Bookmark the permalink.

1 Response to Why you shouldn’t be doing the I-Pee-L!