Lessons not to be forgotten from the CWG 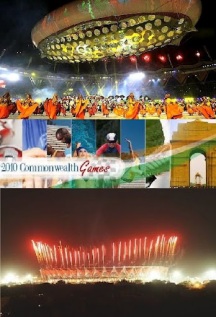 Well, the magnificent Opening and Closing ceremonies, sandwiching the best of the games for twelve days in India have been stupendous for the 19th Common Wealth Games,India.

The spirit of the games and the organizing efforts of the teams in India were generously hailed by everyone, as soon as the Opening Ceremony was a grand success. An acutely sharp transition was observed in the perception of CWG held in India, until the Opening ceremony – basically, a paradigm shift was triggered instantly.

Needless to say how beautiful the shows were, and what an experience it has been to revive the much needed Non-Cricketing Sports spirit in India ( We at least get to hear chanting of some non-celebrity sports people!) It has been an unprecedented success, agreed.

We need to talk about the making of the games, and the supreme embarrassment our organizers had invoked, with the very generous help of media, as if to strip oneself naked in public, and that which brought disgrace to the entire nation facing the rest of the world.
Let it not be perceived that I am trying to dig open some bitterness from the past, which is better forgotten! These are the concerns about the proceedings just before a fortnight, and we still have to analyze, even after the grand success of the games.

Two aspects need to be thoroughly evaluated: The gambling-like attitude towards the lethargic organization of the games; And also the role of media in these proceedings.

Organizing hurdles are inevitable, and I am not targeting the last minute tweaks which had to be performed, for, it is well known that work expands itself to fit into whatever time is allocated to it. The events preceding CWG have proven this axiom at the largest scale possible.
If our feeble memory would care to remember, there was also a big scam of nepotism, embezzlement and other varieties of corruption attributed to the CWG-2010. The success of the games should not eclipse these black holes of atrocities, and must still be borne in the minds of people, as to how the greed of a few people had put the entire nation’s pride at stake!And now, we need to insist and pressurize by all means to try all those involved in the mishandling of the games at all strata, with the fullest rigor. Else, this shall become a lesson of immense import, which we Indians have missed, and as a consequence such leeches would dare doing it again. This shouldn’t be allowed to happen, and all the rage which was/is in us must be channelized and we must seek justice on behalf of the entire nation.

Secondly, the entire country was easily made to forget that such a low phase had preceded the games. Thanks to the impulsive media, and the shallow, volatile perception of the population!
Just one single day of incessant reports contrary to any subject can make the opinions of people contradict their own yesterday’s opinions. This is the power of media today, and CWG yet again has manifested this malicious syndrome. Given that almost the entire population gives heed to the media, it is the responsibility of the few of the remaining independent minds to sustain the balance of the opinions in people.

A friend repeatedly says that We Indians, as a nation have the least consistent EQ(Emotional Quotient);
And certainly we do: It does reflect in all the drama that goes on, day in- day out, amidst the great population of India, which is poised at making India mediocre!
With hypocrisy and untrue nationalism, we are taking ourselves and our country nowhere!

A fortunate mass of hydrogen cloud conscious enough to be contemplating that very fact.
View all posts by Raghav/Raghu →
This entry was posted in Uncategorized and tagged CWG-2010, media, nationalism. Bookmark the permalink.