Off late, although my TV viewing has drastically fallen, I am aggravated for the little duration I manage to watch it.

No guesses. Yes, I am irritated by the silly,pointless commercial ads, and the havoc creating stupid media and news.

Ads can be funny, creative and entertaining, but never should they make you feel stupid or antagonize you with the products.
Let me take you through one of the good ones. The biggest winner here has been the Vodafone Zoozoo campaign: Cute and appealing; It did work a magic for Vodafone to overcome the charisma of the ever following Pug of Hutch fame. Also, there are other good ones from Nokia, Airtel, Mercedes, Toyota, and few others. Kudos to them 🙂 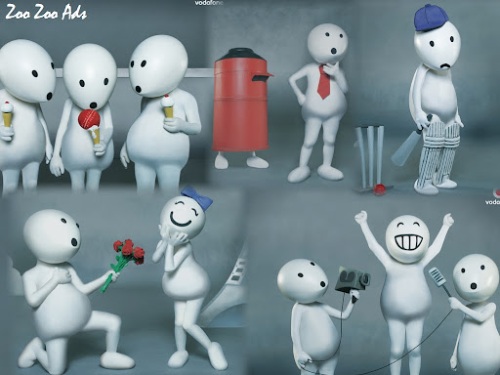 When such innovations are possible, there are also these ever-increasing disgusting/silly/soft head ads:

I could go on recollecting all the nonsensical ads which are ruining the perception of people, fooling them with hoaxical  and digressing facts, no true facts about the products, mind you!

The so called ‘Celebrities’ should be more responsible in their endorsing of brands and the ads they are a part of. But, as the ultimate culprit stand the consumers, or the general public for having given such an identity for themselves, where manufacturers treat them like nut-cracks with zero IQ.